Whereas a dog’s is considered a person’s best friend and will do practically anything to protect them, the owners must also take on the responsibility of caring for their pets. That means taking the dog to the veterinarian when it is sick and keeping all its vaccinations current.

The preventative care that is often ignored is treating the dog for heartworm disease.

Canine heartworm disease is common. Yet it’s one of the most preventable and easily treated diseases if caught in its early stages. Heartworm occurs in dogs when an infected mosquito bites a dog. As the mosquito feeds it injects a parasite called Dirofilaria immitis into the dog’s bloodstream. In a period of 10 to 14 days the worms migrate through the dog’s blood vessels to the heart and lungs.

The worms can grow as long as a foot and will reproduce more worms. A dog may be infected with heartworm disease for more than year before any symptoms develop. Once infected the dog becomes a host for the bacteria and if another mosquito bites the dog it can transmit that bacteria to other dogs. Only the female mosquito can transmit the disease.

In addition to dogs, coyotes commonly have the disease and serve as hosts. Some scientists believe the coyotes are the primary factor of mosquitoes spreading the disease to dogs. A study done at the University of California’s Hopland Field Station showed that up to 90 percent of the coyotes are infected with heartworms.

According to veterinarian’s, prevention is by far the best choice in controlling heartworms in dogs. An annual simple blood test will tell whether or not a dog is infected. If the dog isn’t infected then it should be given a preventative medication. The medication must be given monthly to prevent heartworms. The cost for the medication runs about $100 per year depending on the size of the dog. To treat an infected dog can be as much as $500 or more depending on the severity of the disease. If left untreated, an infected dog can die. More information about heartworm disease can be found on the American Heartworm Society website at http://www.heartwormsociety.org/. 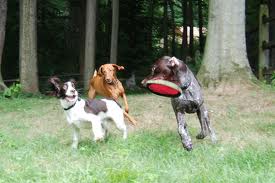