Happy May everyone and happy Lyme disease Awareness Month! Lyme Disease Awareness Month aims to educate people on the numbers, signs and symptoms of the disease. It’s also an opportunity to reiterate the importance of protecting yourself from the ticks that transmit this dangerous disease. 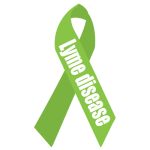 Lyme disease, named after the Connecticut town in which it was found, has been growing in numbers and affects more parts of the country than it did just 7-10 years ago. The Centers of Disease Control state that is it the most commonly reported vector-borne illness in the United States and some estimates say that with the rate of illnesses going unreported to the CDC, that Lyme cases could be as high as 300,000 a year!

Blacklegged ticks carry the Lyme bacteria and transmit it to humans.