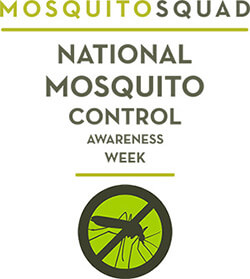 The week of June 22-June 28, 2014 has been declared the eighteenth annual “National Mosquito Control Awareness Week” by the American Mosquito Control Association (AMCA). The purpose of “Mosquito Week” is to educate the general public about the significance of mosquitoes in their daily lives and the important service provided by mosquito control workers throughout the U.S.  The intention is not only to educate the general public about mosquitoes, but also the diseases which they are capable of transmitting. 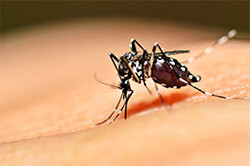 The activity of mosquitoes in our area is extremely high and due to the arrival of the invasive Asian tiger mosquito, the biting activity is all day long (contrary to common belief that mosquitoes feed only during the cooler evening hours).  The Asian tiger mosquito not only bites during the hot summer days, unlike native species, but is much more aggressive than its native counterparts. 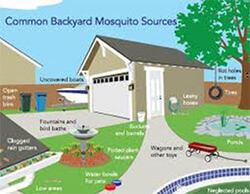 This year was predicted to be especially bad for mosquito activity, much worse than any on previous record. According to an article from last year, “We could have the biggest mosquito population since 1989, which was a really bad year for mosquitoes.” Additionally, there are several more mosquito-borne diseases currently than there were in 1989. We now are contending with West Nile Virus and potentially Chikungunya due to the Asian tiger mosquito’s presence. The article stated, “The Asian Tiger is more aggressive and effective in transmitting disease than native mosquitoes, which they are ‘out-competing’ in many places.”

The more educated the general public is about the dangers of mosquitoes and the methods of ridding yourself of said dangers is of the utmost importance. Following the 5 “T’s” is always effective and highly important to help aid you in ridding your yard of unwanted mosquito breeding areas.  Mosquitoes have the potential of ruining any event, whether it is a graduation party, wedding, cookout, etc. It is better to be well-informed and prepared than having guests literally itching to leave your outdoor event. For more information on how to take your yard back and gain awareness call Mosquito Squad of Frederick at (301) 804-6972