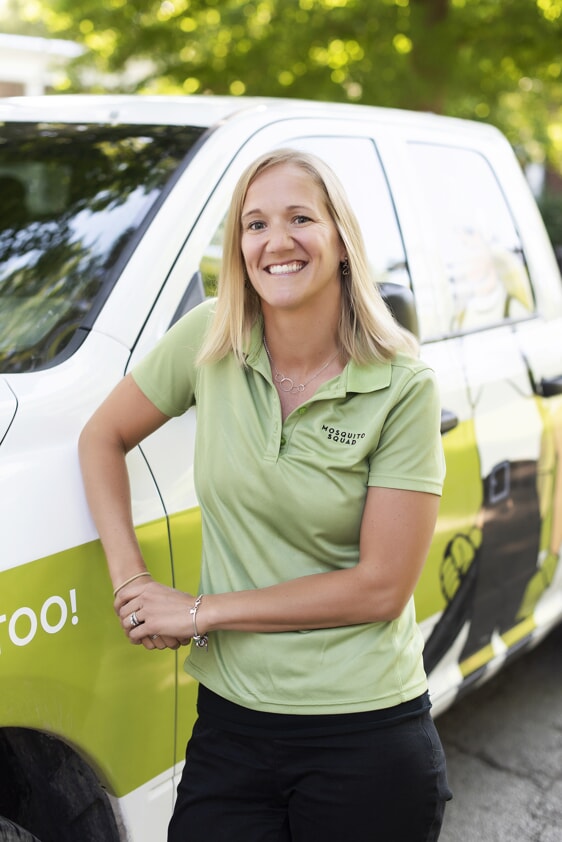 Capricia Turner is a woman who wears many hats. An owner of Mosquito Squad, Army National Guard, MBA, and her favorite hat of all, Mom. After opening Mosquito Squad of North Indiana in 2013, Capricia has grown her Mosquito Squad franchise from one location to three. She currently serves over one thousand customers and employs fourteen staff members.

Capricia is a highly active community member and gives back through her business. Her business has supported several non-profits, including Foundation for Unbreakable Boobs and Why Not Today. Foundation for Unbreakable Boobs is relentlessly dedicated to donating fresh produce and meat to local food pantries. Why Not Today is committed to supporting women's health and wellness by providing transportation for appointments while battling breast cancer.

Capricia attributes part of her success to always wanting her daughter to see that they can become their own boss. Caricia has set a shining example for her daughters by running a successful woman-owned business. By owning a Mosquito Squad, Capricia can remain active in both of her daughters' day-to-day lives. Capricia's local Mosquito Squad supports several local children's sports clubs and school fundraisers to keep children active and outdoors. Through her Mosquito Squad, Capricia has shared her love for the outdoors and family. Capricia’s husband, Ethan, owns forty-nine percent of the business and is an AGR (Active Guard Reserve) for the Air Force National Guard.

The Mosquito Squad business's seasonality has allowed Capricia to balance between raising her kids, running a business, and maintaining her status in active duty. Capricia enjoys the flexibility of her franchise, which allows her to do up to six weeks a year on active duty with the National Guard. When Capricia was deployed to Afghanistan, she felt confident that her business was protected due to this built-in flexibility. Capricia believes that the laid-out structure of franchising would attract a veteran to open a franchise. She attributes operation manuals as a fundamental roadmap for franchisees to run their business successfully.

Capricia lives quite a life, from serving within the military, being instrumental in both of her daughter's lives, and using her Mosquito Squad business to impact her local community positively. Congratulations on your IFA Franchisee award Capricia Turner. It is well deserved. When you own a Mosquito Squad you're not just owning a business you are joining our family, Squad. Are you a good fit for the Squad?