Ever been by yourself and suddenly had a feeling that you weren’t the only one there? If you live in a warm to tropical region, there is a chance you could be sharing the space with a ghost (insect). “Ghost insects” are within the Phasmid order of insects and have earned their name due to their expert ability to camouflage themselves. Depending on the specific region, ghost insects are also called stick insects, walking sticks, or leaf insects.

These are all fitting nicknames, considering their long, thin bodies closely resemble twigs that create the illusion that nothing is there. This natural illusion helps to trick predators out of devouring them. Some research notes that they will take this illusion up a notch by swaying back and forth, appearing as a twig blowing in the wind. 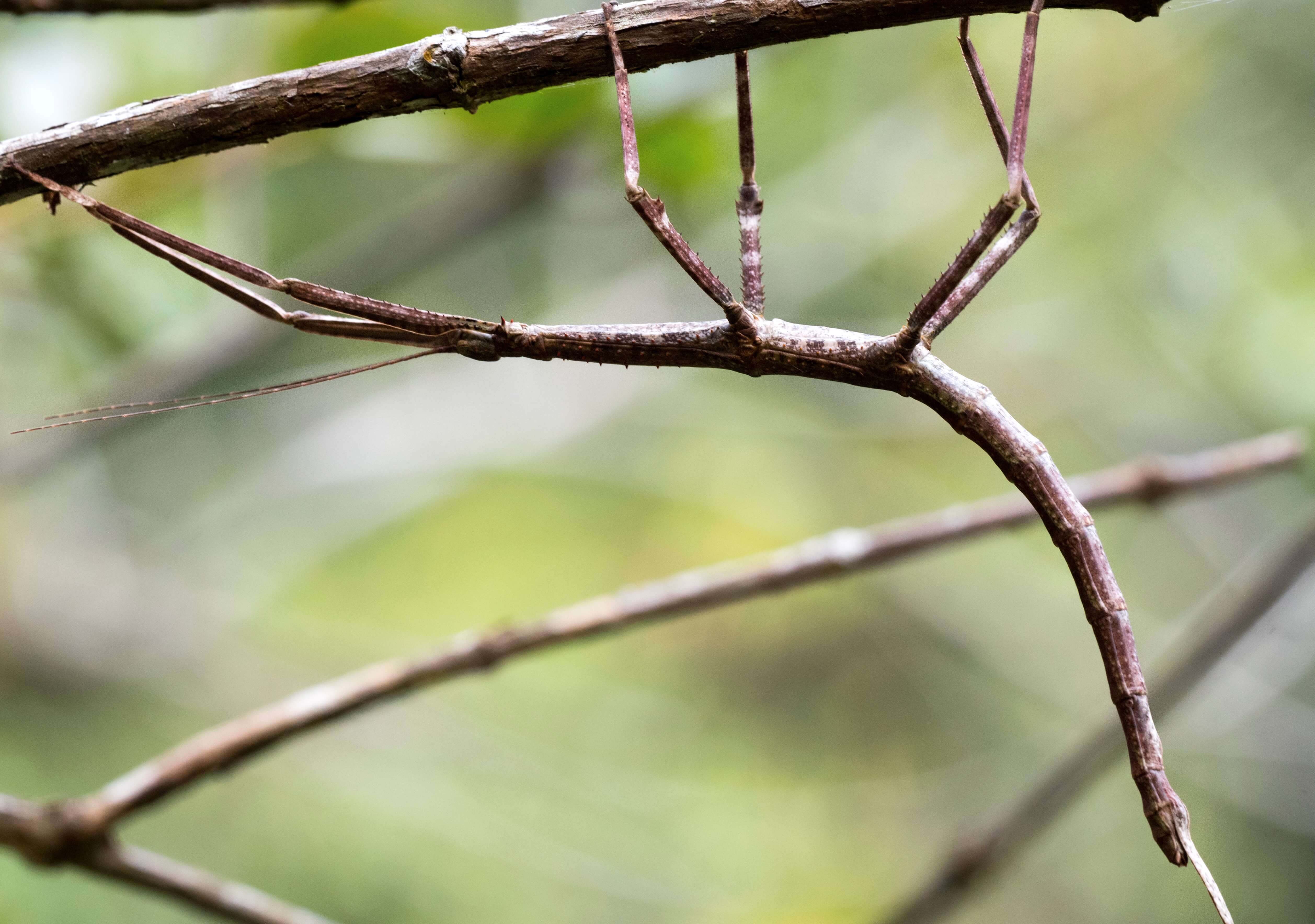 More than 3,000 species of ghost insects are known. They are found on most continents, but their ideal setting is a subtropical or tropical climate. Ghost insects are most comfortable in a wooded habitat, where they can blend in with the branches and leaves of trees. They are herbivores who eat leaves, plants, and berries.

Natural predators of ghost insects include amphibians, reptiles, birds, and bats. Bats pose the greatest threat to ghost insects, as they hunt by echolocation rather than sight. This means that bats aren’t so easily fooled by the ghost insect’s appearance, causing some of the insects to adopt other defensive traits. This includes Some will emit a foul odor when threatened and others can detach from their appendages to escape, later regrowing any lost legs.

Some ghost insects are also learning to adapt to a new way of living altogether - as a domestic pet. Yes, some people raise ghost insects as pets. Before you decide to adopt, good luck spotting one!

Getting spooked in your backyard by mosquitoes and ticks? Contact your local Mosquito Squad today!