If you enjoy spending time in nature and routinely find yourself stopping to smell the flowers, you need to be aware of poison hemlock. This invasive, toxic plant is spreading around backyards and parks in the United States and, according to the National Park Service, it can now be found within most states throughout the U.S.

Poison hemlock was imported to the United States as an ornamental plant in the late 1800s. The plant has a simple, but lovely green and white appearance that lends to it being easily mistaken for Queen Anne’s Lace. The key difference is that Queen Anne’s Lace can cause irritation for those with sensitive skin, but every part of poison hemlock is toxic to people, pets, livestock, and wildlife.

The U.S. has seen a stronger spread of poison hemlock over the last couple of years because the plant is somewhat aggressive in its reproduction process. It can produce up to 30,000 seeds and those seeds can easily be carried by the wind, especially when the land they’re sitting on is disturbed by gardening, farming, or construction. 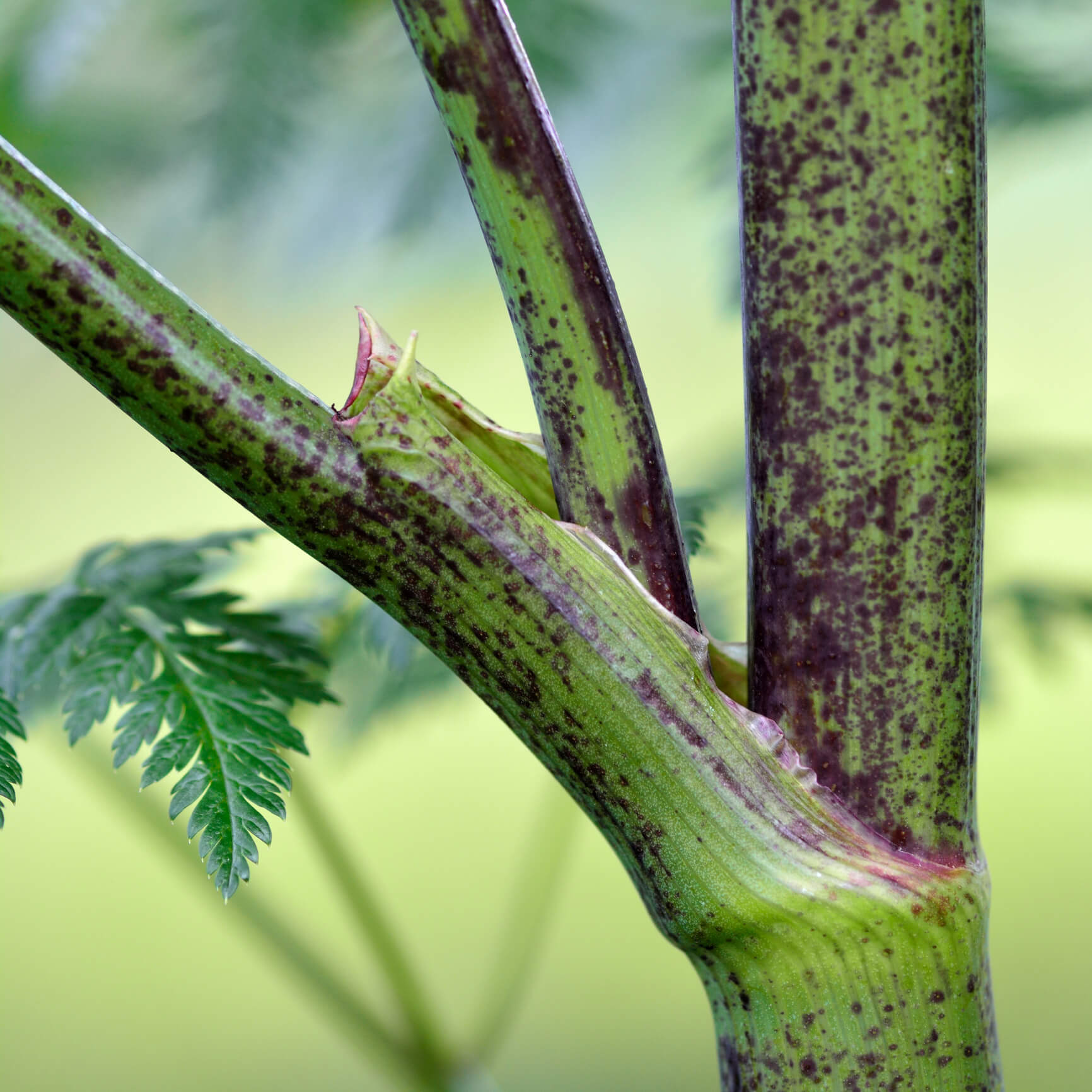 Poison hemlock infestations can occur just about anywhere, along roadsides, in open fields, meadows, marshes, creek beds, and neglected lots. The stems of poison hemlock have reddish to purple streaks on them, are hollow, and have a smooth rather than hairy texture. Noticing these stems can aid in identifying poison hemlock in nature, as it is a key differentiator when comparing look-alike plants.

From seeds to sap – every part of this plant is poisonous because it contains toxic alkaloids. Just touching the plant can cause skin irritation but ingesting it can be fatal. The toxic alkaloids can affect nerve impulse transmission to your muscles, which can eventually lead to death through respiratory failure.

Symptoms of Hemlock Poisoning in Humans

Symptoms of Hemlock Poisoning in Animals

What To Do If You Find Poison Hemlock

Controlling this plant requires thought and care because simply using a weed trimmer or lawnmower to remove it can send its sap and seeds into the air. This then creates a greater risk of spreading it or ingesting it. If you spot poison hemlock at a park, contact the appropriate agency immediately.

If you find poison hemlock in your own yard, do not touch it without protective gear. Be sure to wear long sleeves, pants, gloves, and protective eyewear. The best time to treat the plant with a herbicide is in early spring before it starts to flower. This timeframe (particularly before May) is also the best for digging up the plant. After you dig it up, allow it to dry out and then dispose of it.

Have a yard that’s free of poisonous plants but consumed with pesky mosquitoes? Contact your local Mosquito Squad today!